How to Save on Taxes with Charitable IRA Distributions

Congress has revived a law that lets you make charitable donations directly from your IRA, which might provide you with some significant tax advantages. 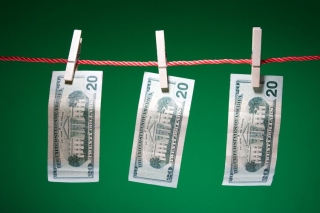 The “IRA charitable rollover” was discontinued at the end of 2014. But Congress has now resur­rected it, made it permanent, and also made it retroactive to the beginning of 2015.

You won’t get a charitable deduction for the amount you donate in this way. However, donating directly from an IRA may be better than taking a distribution and then making a donation, because it results in a lower adjusted gross income – which can help you avoid taxes on Social Security ben­efits, reduce your Medicare premiums, limit the 3.8% surtax on investment income, and qualify for other deductions and credits.

To qualify, you must contact the plan custodian and have the custodian transfer the assets directly to the charity. If the custodian sends you the funds and then you give them to the charity, you’ll have to pay income tax on the distribution. You can donate up to $100,000 to charity each year from an IRA. A married couple can donate up to $100,000 each, as long as each spouse contrib­utes from his or her separate account.You can’t contribute to a private foundation or a donor-advised fund, however. And the tax break applies only to IRAs, not to 401(k)s, 403(b)s, Keoghs, profit-sharing plans, Simple IRAs, SEPPs, etc.

While the tax break theoretically applies to Roth IRAs, there’s much less of an advantage because Roth IRAs aren’t subject to the minimum distribu­tion rules.