« Do you have HIPAA Authorization for your College-Age Child? | Main | Librarian Leaves Millions to University » 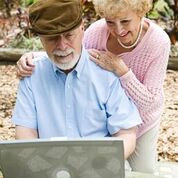 People have been predicting the end of Social Security from almost the very moment it was started. President Franklin D. Roosevelt was keenly aware that future generations might seek to end the program and for that reason he insisted that measures be put in place to make it politically difficult for any future politicians to scrap Social Security.

That is why, for example, benefits are not subject to means testing. Even the super wealthy can draw benefits. The idea was to make people view benefits as a right and not as just a charity for the poor. Despite that, it is still common for people to believe that Social Security will be gone before they are eligible to draw benefits. This is partly (or almost entirely) because countless news articles have been written warning that the social security trust fund will be exhausted within the next two to three decades.

However, as the Albuquerque Journal points out in “Social Security likely here to stay, so get educated” the program is not going away anytime soon. In fact, both Hillary Clinton and Donald Trump have pledged not to cut benefits or increase the retirement age as part of their Presidential campaigns. What this means is that, despite warnings about the future of the program and the Social Security trust fund running out of money, you should plan as if the program will be around when you are ready to draw benefits. It is important to educate yourself about how benefits work and when you should start receiving them.