« How to Save on Taxes with Charitable IRA Distributions | Main | Over $1.1 Million Preserved by ‘Spendthrift Trust Provision’ »

If someone has named you as an agent under a durable power of attorney, you’ll be allowed to handle that person’s finances. But before you agree to take on this role, some background information may be helpful. 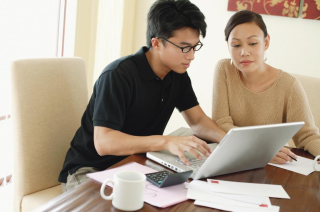 Here are the answers to some questions you may have:

You’re responsible for handling the principal’s (the person who signed the power of attorney) affairs. Generally, you can step into his or her shoes and take whatever investment and spending measures the principal would ordinarily take. This may include opening bank accounts, withdrawing funds, trading stocks, paying bills, and cashing checks. Read the power of attorney document carefully; it might give you other powers (such as making gifts), or place certain limits on your powers. Note that any financial steps you take must be consistent with your role as a “fiduciary.”

(2) What does it mean to be a fiduciary?

It means you must always act in the principal’s best interest (not necessarily in your own best interest), and always keep his or her goals and wishes in mind when making any decisions.

(3) When does the power of attorney take effect?

Some power of attorney documents take effect as soon as they’re signed by the principal. Others, called “springing” powers, take effect only if the principal becomes incapacitated (and some require that the person’s incapacity be certified by one or more doctors). But you should note that, even if a power of attorney is immediately effective, the signer often doesn’t intend for it to be used unless he or she actually becomes incapacitated. You should discuss this with the principal so that you understand his or her wishes.

(4) What if there is more than one agent?

(5) Can I be held legally liable for my actions as an agent?

Yes, but generally only if you act with willful misconduct or gross negligence. If you do your best and keep the principal’s interests in mind as the basis of your actions, you should be fine.

(7) What records should I keep?

It’s very important to keep good records of your actions, so as to be able to answer any questions anyone might raise. The most important rule is to not commingle the funds you’re managing with your own money. Keep everything in separate accounts. Often, the easiest way to keep records is to run all funds through a separate checking account; the checks will act as receipts and the checkbook register can serve as a running account.

Yes, if the principal agrees to pay you. In most cases, the agent is a family member and doesn’t expect to be paid. If you’d like to be paid, you should discuss this with the principal, agree on a rate of payment, and put that agreement in writing so as to avoid misunderstandings. Any payments for services should be reasonable; a payment that’s too large might raise tax issues or suggest that you’re not truly acting as a fiduciary.

If you have other questions about being an agent, feel free to give Simmons & Schiavo a call at (781) 397 – 1700 or visit our contact us webpage today.

I have read your e-mail, and I agree with everything that you have written concerning a trust and the person who is responsible for being the trustee. I am so glad I did the right thing, thank you! Nancy Bean!