When Judy Hanttula came home from the hospital after surgery last Novem­ber, her doctor’s office called with bad news: Records showed that even though Judy had signed up for Original Medicare, she was nevertheless enrolled in a Medicare Advantage plan. 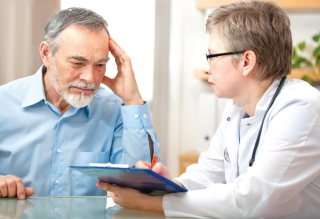 After more than five hours of making phone calls, Judy discovered what had hap­pened. Because she had individual coverage through Blue Cross Blue Shield before she became eligible for Medicare, the company had automatically signed her up for its own Medicare Advantage plan. Blue Cross had apparently notified Judy of this in a letter. But because Judy had already signed up for Original Medicare, and because she was be­ing deluged with letters from health plans at the time, she ignored it, not realizing it was important.

Can an insurance company legally do this – sign you up for a Medicare Advantage plan you don’t want, and bump you out of a different one that you signed up for? The answer, unfortunately, is often yes.

Before they become eligible for Medicare, most Americans are covered by a health plan run by a private insurance company. Many such insurers also operate Medicare Advantage plans, which are the privately run managed-care alternative to traditional Medicare. Under a little-known process au­thorized by the federal government, insurers can often simply shift their beneficiaries who are turning 65 to their own Medicare Advantage plan.

This process is called “seamless conversion,” and all it requires is that the health plan obtain Medicare’s approval and send a letter to the beneficiary explaining the new coverage. The coverage takes effect un­less the beneficiary opts out within 60 days.The idea is to preserve continuity for those who want to stay with the same company. But the problem is that many seniors are unaware that they have been signed up, in part due to the flood of mail they receive from insurers around age 65. A recent exposé by Kaiser Health News related the stories of a number of beneficia­ries like Judy who had opted for Original Medicare and were shocked to learn that they had been enrolled in a Medicare Advantage plan instead.

Medicare officials won’t disclose the full list of insurance companies that have sought or received approval to seamlessly convert their members to their own Medicare Advantage plans. But at least two very large insurers are already automatically enrolling their members in some parts of the coun­try, and Humana, the nation’s second largest Medi­care Advantage provider, has asked for permission to begin auto-enrollment.

What this means is that, if you’re nearing age 65 or have recently turned 65, you should check carefully into your Medicare status. In particular, you should be on the lookout for a notice from your previous insurer regarding automatically converting you to its Medicare Advantage plan – especially if you want to switch to a different form of coverage.

As for Judy, she eventually got herself removed from her unwanted Advantage plan, restored her traditional Medicare coverage, and got Medicare to cover her hospital bills. But it was a terrible ordeal, and it’s worth taking steps to make sure something like this doesn’t happen to you or someone in your family.