Does the Senate Bill Cut Medicaid? 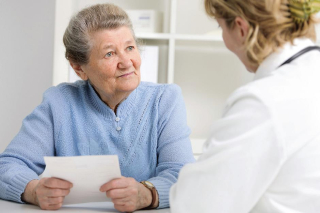 Even though a vote over the Senate's bill to repeal Obamacare (Affordable Care Act) has been delayed, it is important to know whether or not it cuts Medicaid. The answer depends on how you look at it.

Very little in government is ever straightforward.  One example is the Senate Republican plan to repeal and replace the Affordable Care Act.

A vote on the bill has been delayed.  However, it is likely to still come at some point in the future.  Therefore, what the bill proposes to do with Medicaid funding, is important for elderly people who rely on the program for their nursing home care.

On one side of the debate over the bill are Democrats, who claim that it will slash Medicaid spending. On the other side, are Republicans who claim that the bill will increase Medicaid funding, as Fox News reports in "Fact Check: Dem claims that Senate bill guts Medicaid ignore billions in new funding."

Under either scenario, Medicaid funding increases.

The argument is over how much it should increase and whether any increases are enough to meet future costs.

In the current highly partisan climate, it can be difficult to understand what is going on, as politicians and the media discuss policy changes. For that reason, it is important to look carefully at the facts to determine what the real question is.

For Medicaid that question is this: are politicians making sure the program can continue to do what it was designed to do without the country going broke?